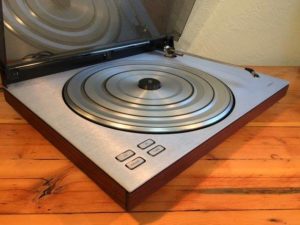 It’s the 50th anniversary of the White Album. Legendary for their discipline and ambition, more popular than Jesus, the Beatles released their bizarre, surreal, inspired collection on November 22, 1968.
I think it was the first piece of music I owned. My brother gave it to me as a bat-mitzvah present in 1974. His friends nicknamed him Rocky for Rocky Raccoon. What the hell was that about?
The songs have some far out lyrics, catchy and subversive. How much went over my head? What sank in? I loved the ballads. A tragic romantic from a young age, my favorite was Blackbird. Broken wings, weeping guitars, Prudence not going out to play were my vibe. Whereas Why Don’t We Do It In The Road was crass, exhuberant, uncomfortable. Bounced along with Oh-Bla-Di back before words like “gender” and “identity” were in common usage.
I think I read that the Beatles made the album after hanging with the Maharishi in an attempt to heal the group. Some songs tended toward the cosmic, surreal and self-referential. Glass Onion name-dropped the titles of their past hits and spoke of bent-back tulips and dove-tail joints. And what’s with the caricatures of America’s wild west and the blues? Bungalow Bill, Rocky Raccoon, Honey Pie…
There was a lot going on.
I miss rich analog sound, taking albums out of sleeves and delicately placing them on a turntable, the slight bounce of a sleekly styled tonearm. I miss John Lennon, whom I wouldn’t begin to really appreciate until the late 80s (thanks, Lawrence).